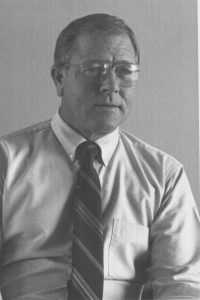 Ludwig earned his bachelor’s and master’s degrees from Iowa State University and doctorate degree from Oklahoma State University. In 1971, he accepted a position with the American Hereford Association (AHA), where he worked for nearly three decades. During his time with AHA, Ludwig served several roles, but spent the majority of his years as director of the Total Performance Records (TPR) program. As head of the TPR program he oversaw rapid growth in the performance programs of AHA.

Following BIF recommendations, Ludwig implemented the AHA Feedlot and Carcass phase of the TPR program in 1976, which became widely known as the National Sire Evaluation Program. Following his time at AHA, Ludwig served as secretary of the American Braunvieh Association and chief operating officer of the American Black Hereford Association. He also served on the BIF Board of Directors and was an active participant in BIF’s annual research symposium for several years.

“Craig Ludwig not only took the challenge – he played a large role in changing the culture of not only the Hereford breed, but the beef industry,” says Dave Nichols, 2000 BIF Pioneer Award recipient from Bridgewater, Iowa.